The 12th and final posting of my trip up to Kununurra and back!
This is a small collection of images from a brief detour to visit the wonderful Tunnel Creek National Park.

The view as you near Tunnel Creek along Leopold Downs Road. This is part of the Napier Range: Devonian reef from 350 – 375 million years ago. 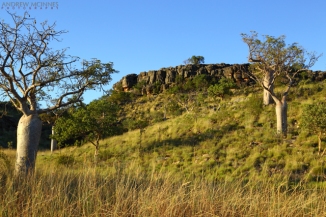 Underneath the bluff in the following picture is ‘Tunnel Creek’ – a 750 meter erosion tunnel through the Napier Range, eroded by a creek. The tunnel is purported to be the oldest cave system in Western Australia! 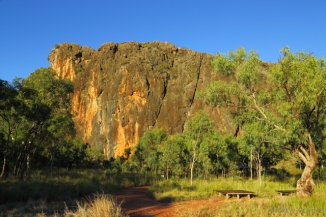 This is a day-use park only; this is my trusty 1984 Toyota Hilux in the parking area – only a very short hike to the cave entrance. 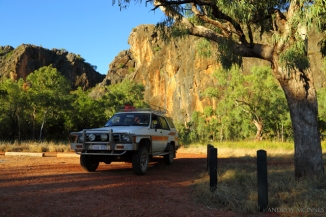 Along the trail to the cave entrance…

Inside Tunnel Creek, looking back toward the entrance… 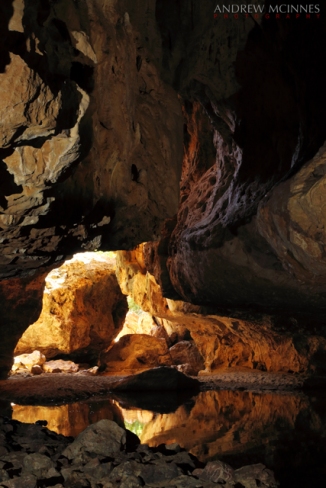 Looking deeper into Tunnel Creek – follow it to the right 😉 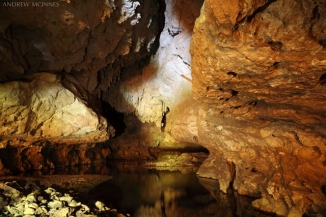 That’s it for now. Until next time, thanks for visiting.

Mirima/Hidden Valley National Park – Kununurra, Western Australia.
Bungle Bungles in miniature – located just minutes from Kununurra, Mirima/Hidden Valley is a small park with sandstone ranges, cliffs and valleys, similar in appearance (and formed by similar processes) to parts of the Bungle Bungles (Purnululu National Park). The 350 million year old sandstone features within the park are subject to some striking colour changes due to sunlight variances.

Here is the ‘mini Bungle Bungles’ (a portion of Mirima/Hidden Valley), viewed from a helicopter, including the town of Kununurra, Lily Creek, Indian Sandalwood plantations, and a portion of the surrounding ranges. 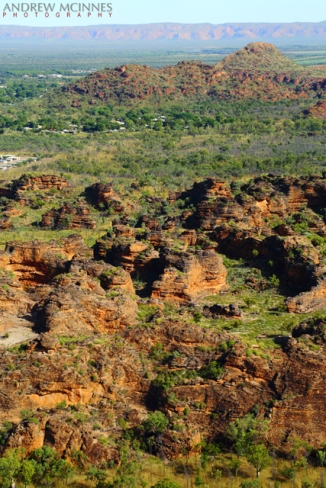 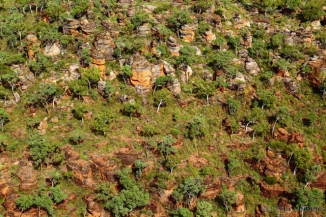 Okay, back on terra firma – time for a wander through Hidden Valley… 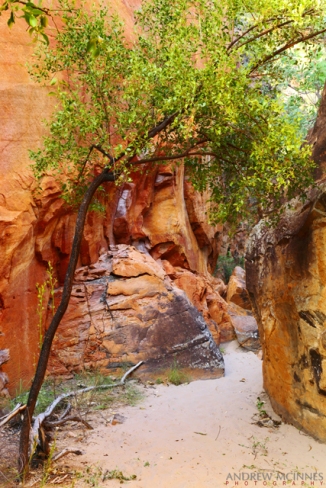 Ah, I arrived at my destination – Kununurra – after 9 days of driving and bush camping. Here are some images around the greater Kununurra area from the first day or so.

Not far short of Kununurra, and the scenery, topography, and geology changes (after leaving Halls Creek). 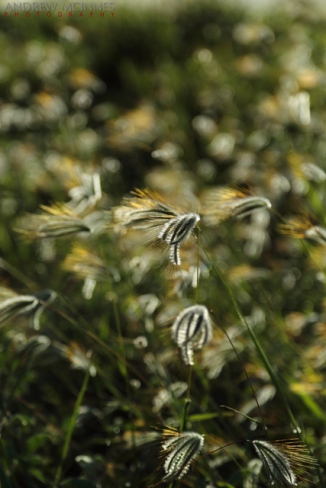 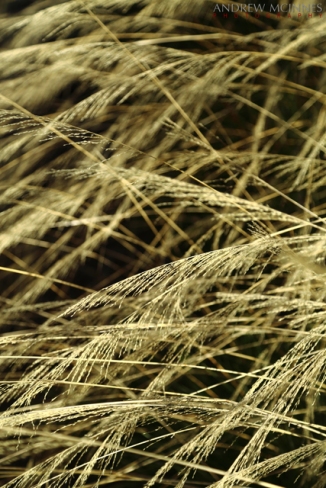 The fishing is fantastic in the Kimberley; this is a 1.14 meter Barramundi (released immediately after photo) caught on the lower Ord River. 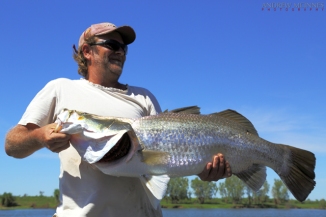 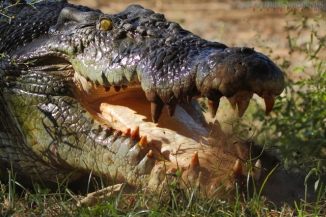 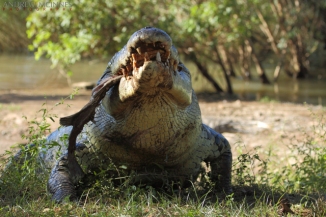 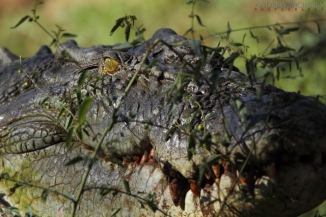 Iconic Kimberley vistas…
If you have watched the movie “Australia” then you may recognise this geologic feature, known as ‘House Roof Hill’ – it is the backdrop to the fictional “Faraway Downs” homestead.
This image was captured very early on another glorious Kimberley morning.

The next image is “False House Roof Hill” – neighboring bluffs along the Ord River.

The April 2014 Lunar Eclipse occurred whilst I was in this area. The following image captures part of this eclipse over a Kimberley range.

Lake Argyle is Australia’s largest artificial lake (by volume). It is part of the Ord River Irrigation Scheme and is a sight to behold. Unfortunately these “roadside” images are all I managed to capture of this vast and beautiful feature – I must return and spend time above and on the lake!

An alternate view of the Ord River Dam – construction was completed in 1971.

Grass in seed along the dam wall – beautiful April conditions.

Into the Kimberley Region…

A light painting of China Wall. 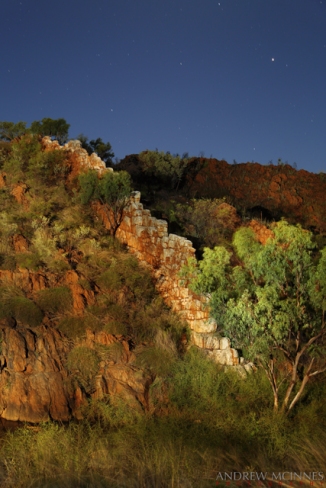 A ‘selfie’ in Palm Springs – lovely safe place for a dip.

One of the water crossings along Duncan Road, Halls Creek. 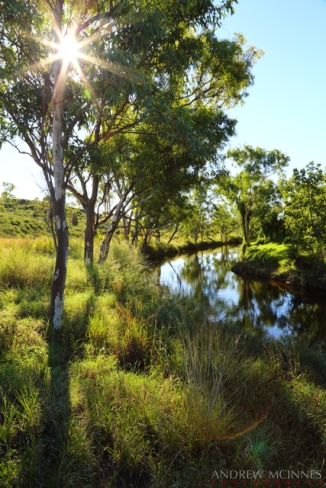 Sawtooth Gorge is a beautiful and secluded camping/visiting area- well worth the short bumpy dirt road in.

An iconic avian species – the Wedge-tailed Eagle – perched on a termite mound outside Fitzroy Crossing.

An iconic boab tree at dusk on the Great Northern Highway – a common Kimberley vista.