A collection of images from Lake Kununurra, Lily Creek Lagoon, Ivanhoe Crossing, and the iconic Cockburn Ranges – all proximal to Kununurra, Western Australia.

A delightful boat ride up Lake Kununurra – the dog enjoyed the trip, especially the breeze in its face. 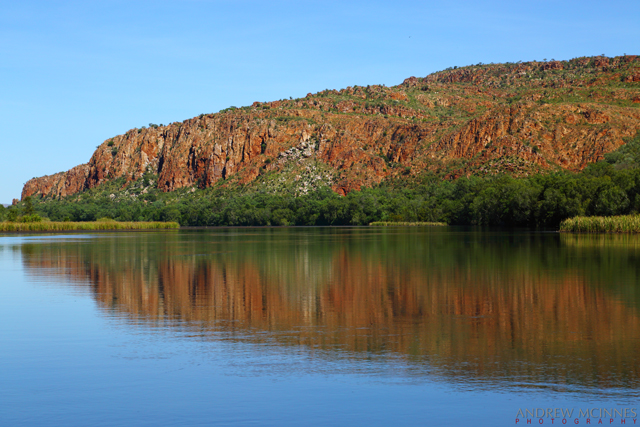 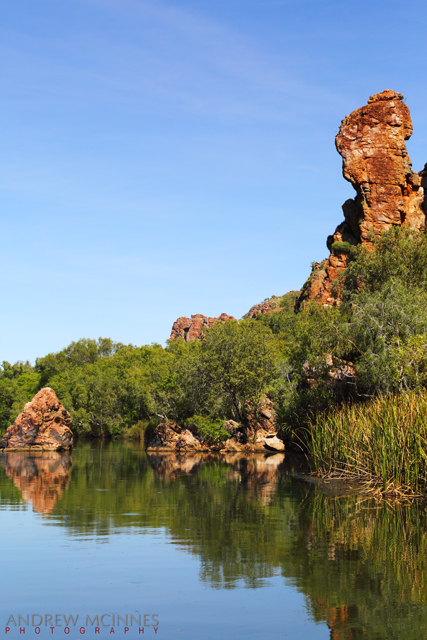 A couple of the numerous and delightful inlets along the way. 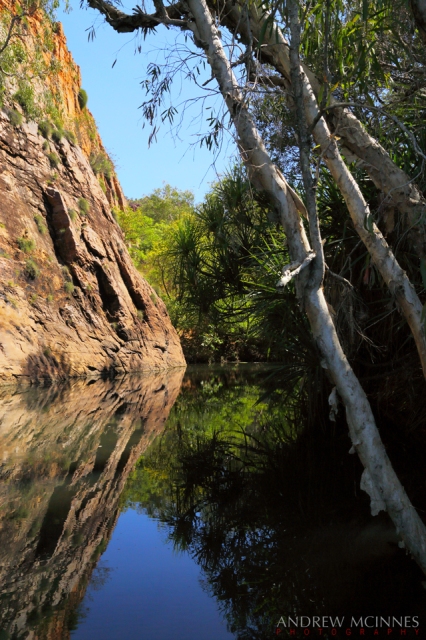 The exposed geology is fascinating and stunning. 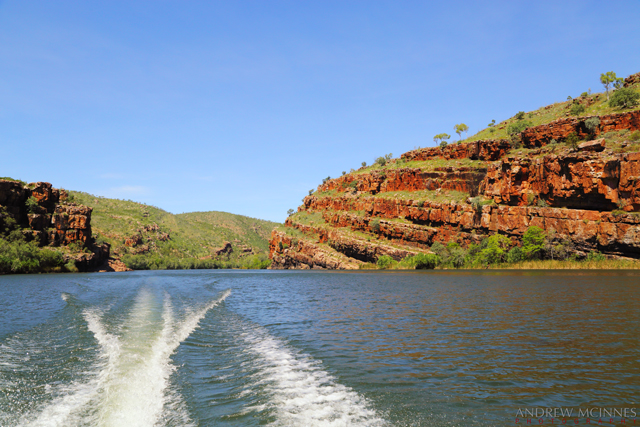 The Kimberley region has numerous sites with indigenous rock art; this particular location is very near to Kununurra.

The view from the boat ramp on Lily Creek where we began and concluded this trip up Lake Kununurra. 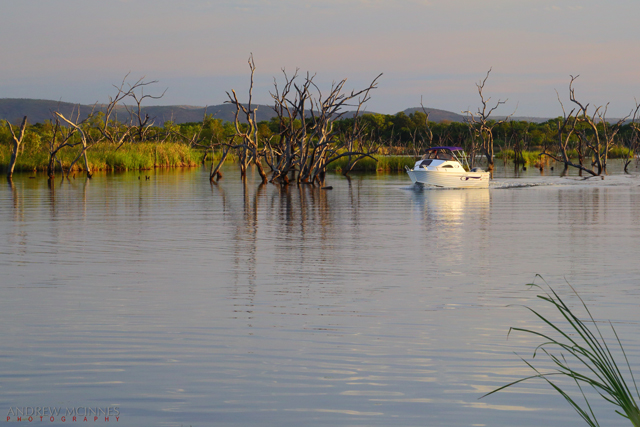 Lily Creek Lagoon with ‘Sleeping Buddha’ in the background.

Off on a road trip now, just outside of Kununurra…

A couple of images of vehicles crossing a small creek on El Questro where we stopped off for a refreshing dip (swim). 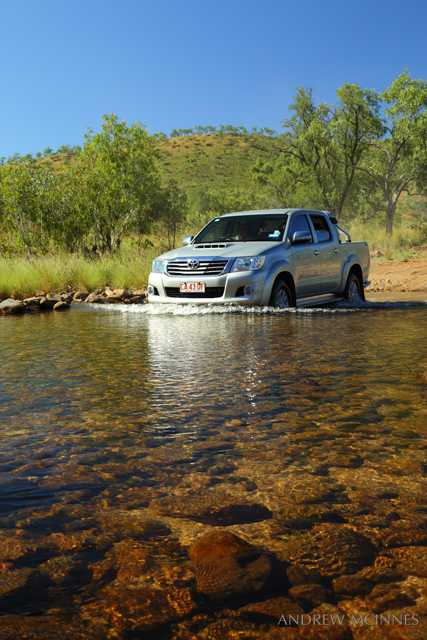 Not far past El Questro, on the famed Gibb River Road, is the Cockburn Range which is adjacent to the iconic Pentecost River but the river was flowing too much for us to make a crossing. There was an unfortunate couple stranded during their attempt at crossing – their front axle fell into a deeply eroded hole resulting in a cracked oil-pan or something similar, necessitating a tow out of these croc-infested waters.

Having captured this late-afternoon image of a man fishing for barramundi with a live bait on a hand line at the fast-flowing Ivanhoe Crossing, Kununurra, I moved on to shoot other nearby compositions. This area is accessible for the numerous salties of the Ord River and is also thick with barramundi. Soon after I moved I saw this fisherman in a mighty tug-of-war battle that, with the aid of the deep and rapidly flowing water, soon had him precariously close to taking an involuntary bath! Ultimately he was saved the ignominy as his large gauge hook was straightened, thus losing whatever was on the end of the line!
The Ivanhoe Crossing is no longer open to vehicles.

The next blog posting will contain images from Marlgu Billabong and Wyndham.
Until then, cheers.